Andrea Espenakk Osvoll is one of five master students from the University of Bergen who took part in the Winter (Summer) School 2018 at the University of KwaZulu-Natal. You can read about her experience of this event below:

From the 25th of June to the 9th of July, together with four other students from my Master Program in Global Development, I attended a winter (summer) school at the University of Kwazulu-Natal, Durban. We attended two courses called Political Economy of the Welfare State and Poverty and Sustainable Development. I found the courses really interesting and highly relevant to my studies in Bergen.

When we left Bergen, we did not know what to expect when arriving in Durban. For me, it was my first time in South Africa and the first time ever at the African continent. When we landed at the airport in Durban, we got a nice welcome from one of the professors and two other staff members from the University, which drove us to the University campus where we were supposed to live for the two following weeks.

We lived together with local student at one of the campus houses. This was a nice experience and a good way to see how the typically student life takes place. We had our own separate rooms, and shared bathroom and kitchen with the other students. The campus is located at the top of a hill in nice surroundings. The seminars took place at Howard College together with local students from the University. Altogether we were over 30 students participating in the seminars. We had some nice conversations and debates about different topics, including examples from both South Africa and Norway. During the first week we had a group project where we were divided into three groups covering different topics. My group had the topic ‘Industrialization’, focusing on Multinational Corporations. The group project was a nice way to get to know more the local students.

During the stay at the University we had one arranged excursion trip where we visited Nelson Mandela’s capture site. On the way there, we stopped by Howick Falls, a 95-meter-tall waterfall. It was a special experience visiting the capture site of Nelson Mandela. The Exhibition, although temporary, was nicely made. It tells the story of Nelson Mandela’s journey through life, focusing on how a new nation from within a conflicted South Africa. When we were not at school, we visited different areas in Durban. We had the pleasure of visiting a Township called Umlazi, where one of the women from the University grew up in. She showed us around Umlazi and told us how it was growing up there. We learned a lot from our visits to different areas in Durban, and we got a lot of good information and knowledge from local people we got to know.

All in all, we had a nice and interesting stay at the University of Kwazulu-Natal. We had the pleasure of getting to know local students, highly motivated and welcoming professors, and valuable experiences to bring with us in our further studies at the University of Bergen. 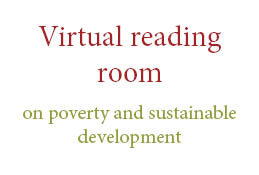